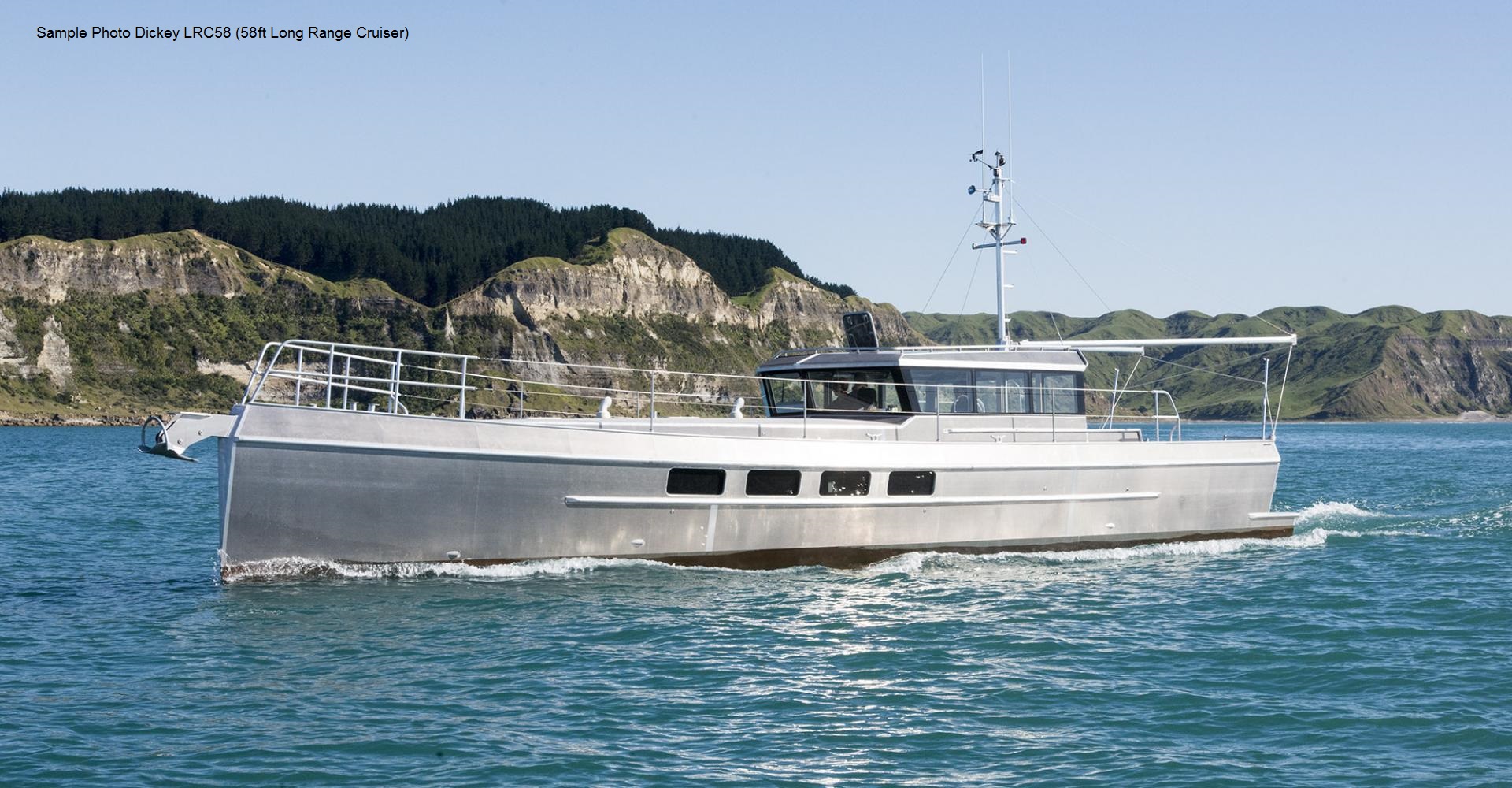 Fitted with WhisperPower equipment from the shore connection to the Genverter tailpipe, they can receive any RAW messy shore power from 90-265 VAC and find WhisperPower agents worldwide.

Currently motoring Auckland to Thailand diesel efficiently is key, a sleek easily pushed hull form with a minimalist diesle inboard. Combina a highly efficient variable speed lithium DC charge system and avoid fuel stops. Every drop of diesel goed somewhere, not in the ocean or unburned into the air, always running on perfect fuel point. Add highly efficient household 230 VAC appliances, solar and across oceans without digging a big hole in the environment or the bank balance.

The Swedish owners of this Dickey LRC58 realised the diesel propulsion installed now in NZ, would eventually have to go once back in Sweden. This is real! They have a deadline for zero fossil fuel.

Shocking but true? Yes! E-Propulsion is not yeat ready for offshore due to current storage energy density technology, however with a large lithium storage bank efficiently suppling house system at 50 VDC in preparation for E-Propulsion any improvements will slot in easily, whoever said bigger is better? We await stoarage systems with 20x the energy density of lead acid currently lithium is approx. 4x.

Expensive? Yes! Justified yes, good storage is already necessary for a modern boats house system, now typically Inverter based so the higher the voltage the better. 48-50 VDC was an unusual choice until now, lithium and propulsions options provide and require this as a minimum. Efficiency is the key, plug and play modular power systems with sophisticated energy control and monitoring. Controlled and displayed alongside all the other ships utilities and functions. SOlid well commissioned systems supported by back to base component/module replacement nog tinkering in boxes at sea.

Do we have a future? Hopefully yes!

WhisperPower is an International brand leading in alternative energy systems. WhisperPower Pacific provides the factory interface on this side of the world (NZ, AU, Pacific Islands) We are a systems house providing specification, supply and service  direct or via our dealer network in the Pacific.