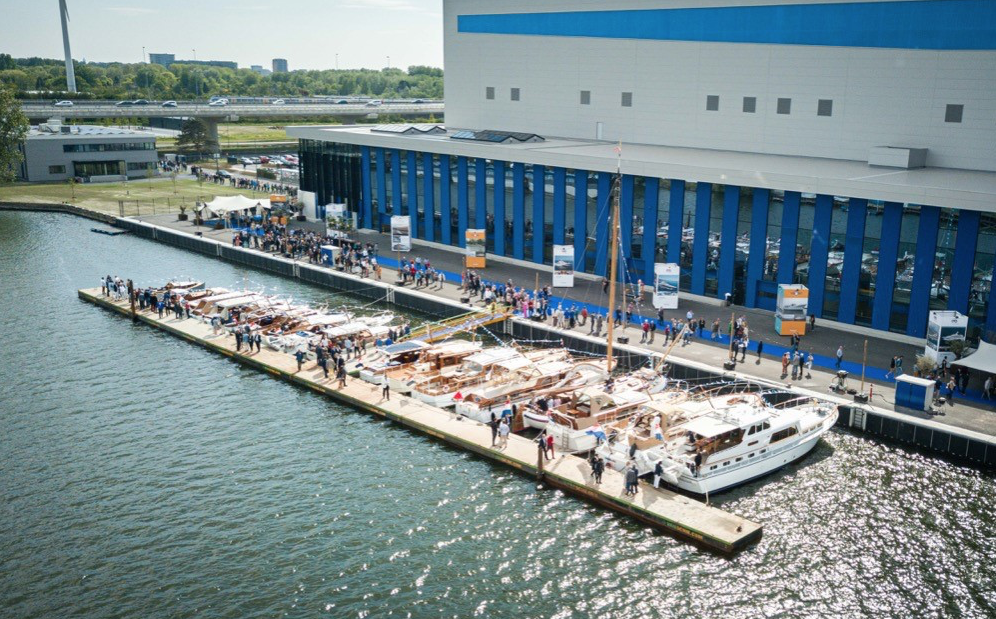 After two years of work, Feadship has officially openend the doors to its new highly sustainable construction facility situated in the heart of Amsterdam. During celebrations held yesterday evening, which marked 170 years of Royal Van Lent as well as the official opening ceremony by Queen Maximia, Feadship referred to the development as an ‘enormous undertaking’ and one which will considerably increase the shipyards’ overall capacity. With the capacity to accommodate yachts up to 160 m inside the construction hall, the new 26,000 cubic meter location is now Feadship’s fourth facility alongside Royal Van Lent’s other facility in Kaag and Koninklijke De Vries’ facilities in Aalsmeer and Makkum. In addition to the vast contruction hall, the new Amsterdam facility has 200 m of quayside to accommodate both new build and refit projects.

During the opening a complete collection of classic Feadships was shown, with one of them equipped with an electrical propulsion system powered by WhisperPower supplied Lithium batteries of 25 kWH.

WhisperPower is an International brand leading in alternative energy systems. WhisperPower Pacific provides the factory interface on this side of the world (NZ, AU, Pacific Islands) We are systems housed providing specification, supply and service factory direct or via our dealer network in the Pacific.