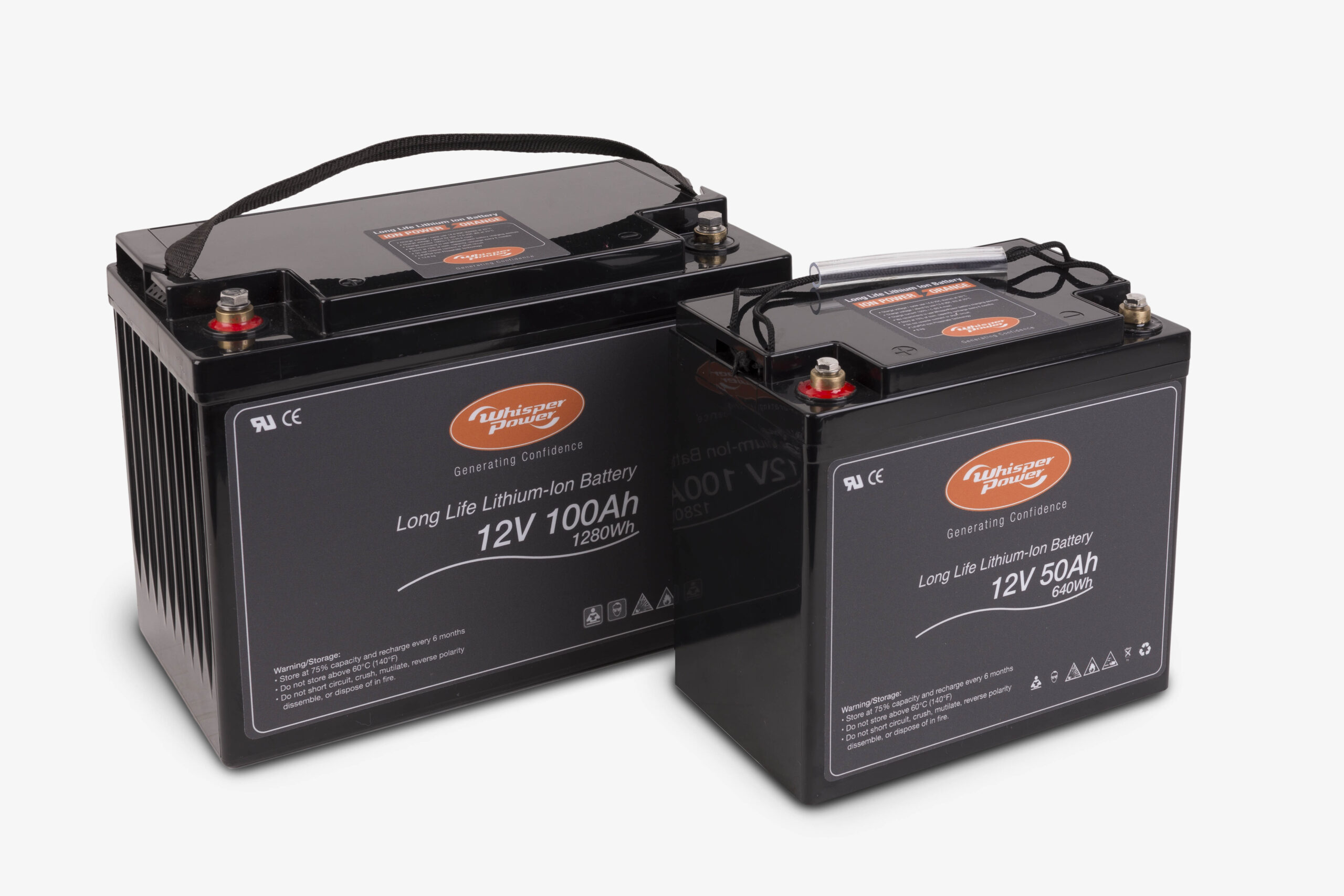 With the introduction of the Ion Power Basic, a safe Lithium Ion battery formulated with Lithium, Iron and Phosphate cells (LiFePO4), a new era has begun with the perfect sustainable alternative to the conventional lead-acid battery.

Thanks in part to the automotive industry and developments in the field of electric driving, the battery industry has developed at an exponential rate. Lithium Ion technology in particular has undergone major development. The key advantages of the Lithium Ion battery is the long service life and the lack of a memory effect. Until now, the Lithium Ion battery, which in most cases, unlike the WhisperPower Ion Power Basic, has a chemical composition of Lithium-Cobalt oxide, has been used primarily in consumer electronics and not for more demanding applications because of their sensitivity to overheating and spontaneous combustion.

At the end of the 1990s, however, a new, safer Lithium chemical composition was developed based on Lithium, Iron and Phosphate (LiFePO4) which now, 20 years on, has been optimised to such an extent that the Lithium Ion battery has become a very interesting and viable replacement for the lead-acid battery. The higher initial investment is more than offset by the many advantages the Lithium Ion battery delivers in comparison to the lead-acid battery. The lifespan is up to 3 times longer, the battery is 50% lighter and more compact, 100% of the battery capacity can be used instead of 30 to 50%, the capacity loss in cold environments is minimal, the battery can easily be placed in any position and space and can be charged extremely quickly and efficiently using the integrated Battery Management System (BMS). In addition, the output voltage is constantly stable and the peak power remains high even if the battery is partially or almost completely discharged (flat charge-discharge curve). Other features include the fact that the battery is maintenance free and does not have to be continuously connected to a (trickle) charger if the battery is temporarily not being used.

Cell balancing, also known as the BMS, which ensures that each of the cells in the battery receive the correct voltage, is integrated in the battery. The consumers and the charge system can be connected directly to the poles. In order to prevent deep discharge, it is beneficial to place a switch-off relay between the battery and the consumers. A bi-stable relay is offered as an option as well as the charge system, which can be in the form of a WhisperPower battery charger, a WhisperSolar panel or a alternator. For optimum results, the Ion Power Basic is best charged with a constant voltage of up to 100% full charge. An energy monitor, the WBM, is also available as an option.

The Lithium Ion battery is the future. The market for this type of battery is so large and diverse and there are countless applications. This ranges from electric forklifts and golf carts to large scissor lifts and lifting platforms. The camper world has been waiting for years for a sustainable, compact and lightweight energy solution like this, plus the WhisperPower Lithium batteries are also ideal for electric sailing. The Ion Power Basic is an addition to our existing product range of industrial Ion Power batteries of 90 and 160 Ah with which larger systems of up to 100 kWh can be built. In the coming years we will be expanding the range further so we can also deliver larger energy storage capacities.

WhisperPower is an International brand leading in alternative energy systems. WhisperPower Pacific provides the factory interface on this side of the world (NZ, AU, Pacific Islands) We are a systems house providing specification, supply and service  direct or via our dealer network in the Pacific.